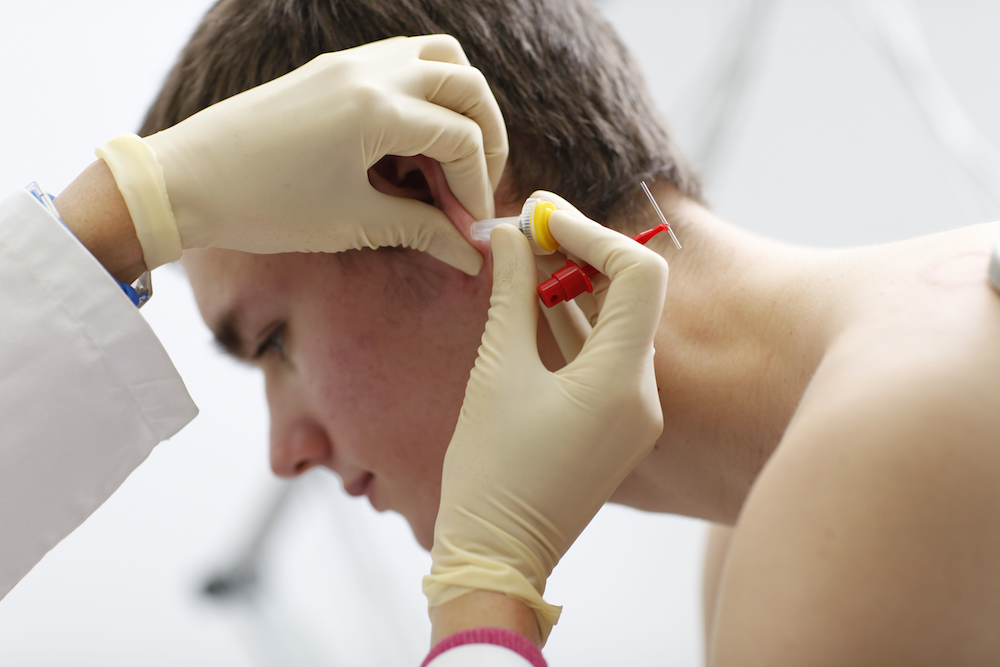 Lactate is produced when carbohydrates (in the form of glycogen or glucose) are broken down anaerobically (without oxygen) to produce energy, in a process called ‘glycolysis’. The end-product of this reaction is a substance called ‘pyruvate’. Some of this pyruvate is then transported into the mitochondria of the cell, and processed by the aerobic energy system to produce more energy, plus some innocuous water and carbon dioxide.

The remainder of the pyruvate is instead converted into a substance called lactate and some other metabolites. Lactate then typically enters the blood stream, where it’s transported to other cells in the body and oxidised to produce energy.

Lactate often gets a bad rap, as many people think it’s the substance that causes fatigue in high-intensity exercise. However, while the mechanisms contributing to fatigue in exercise are still unclear, it’s now thought that it’s the metabolites that are produced alongside lactate that contribute to fatigue, rather than the lactate itself. It’s thought that these metabolites signal to the central nervous system that a metabolic steady state has been exceeded, and that exercise intensity needs to be reduced.

In contrast to previous thinking, it’s now accepted that lactate itself is a positive product of glycolysis. Not only does it act as a signal to trigger helpful physiological responses (such as increased heart rate), but it is also an important source of fuel that can be directly oxidised in mitochondria to produce energy, or can be converted back to glucose or glycogen for later use.

Lactate can be easily measured in the blood, using a small finger-tip sample of blood, and can tell us a lot of information about the metabolic processes that are going on in the body.

The amount of lactate in the blood is dependent on how much lactate is produced, and how quickly it’s cleared. Both of these factors are influenced by exercise intensity.

First of all, you may know that energy is almost entirely derived from either fats or carbohydrates during exercise (there are some minor exceptions, but they aren’t relevant here). Generating energy from fats is slower than from carbohydrates. So as exercise intensity increases, a greater proportion of energy is generated from carbohydrates, via glycolysis, leading to a higher lactate production rate.

In other words, as exercise intensity increases, the rate of lactate production also increases due to increased glycolysis.

Secondly, lactate production and clearance also depends upon the availability of oxygen relative to demand, which is itself dependent on exercise intensity. When exercising at really high intensities, oxygen supply cannot meet demand, and a greater proportion of the pyruvate must be converted into lactate rather than being oxidised directly. Furthermore, due to the limited oxygen availability, the accumulating lactate cannot be oxidised, and therefore cannot be cleared from the blood and muscles unless exercise intensity is reduced.

These two factors give rise to a fairly distinctive relationship between lactate and intensity, which can be divided into several zones as shown:

In Zone 1, energy production is largely met by fat oxidation, and the contribution from glycolysis is negligible. Lactate levels are therefore approximately constant and do not increase with exercise intensity (this is a slight simplification, but the details are beyond the scope of this article). Zone 1 is the intensity range in which you’d usually do a long endurance ride.

In Zone 2, glycolysis starts to make a larger contribution to energy production, because fat alone cannot produce energy fast enough. In this zone, lactate levels rise linearly with exercise intensity. However, oxygen supply is still sufficient to clear lactate at the same rate at which it is produced. Therefore, at any given exercise intensity, lactate levels will stay constant.

This means intensities within Zone 2 can be sustained for a long time, but might be a little more uncomfortable than they would be in Zone 1, due to the elevated lactate levels (or more particularly the associated fatiguing metabolites). The higher exercise intensity will also contribute more overall stress and damage, which is why you’d typically look to moderate the amount of training you do in Zone 2, which is often referred to as the ‘Tempo’ or ‘Sweetspot’ zone.

In Zone 3, lactate levels begin to rise exponentially. At this point, oxygen supply cannot meet demand, and lactate production begins to exceed clearance. At any given Zone 3 intensity, lactate levels will rise despite power being held constant, and thus intensities in this zone can only be sustained for a relatively short time. These are the intensities that you’d typically train at during an interval session.

Measuring lactate can therefore be a useful method for defining training zones. These zones are tied to actual metabolic conditions within the body, and thus can have better physiological validity than zones based on FTP or heart rate anchor points (e.g. max heart rate).

The cut-points between these zones have various names, with the lower cut point often referred to as the aerobic threshold or LT1, and the upper cut-point being referred to as the anaerobic threshold, the lactate threshold, the maximal lactate steady state (MLSS), onset of blood lactate accumulation (OBLA) or LT2 (some of these terms have subtly different definitions, but for the purposes of this article, we will treat them as meaning the same thing).

FTP is a field-based estimate of LT2, which does not involve lactate testing, and typically tends to over-estimate LT2 it is therefore important when ensuring accuracy in your training zone prescription to get regular blood lactate performance testing.

Not only do lactate concentrations depend upon exercise intensity, they also depend upon an athlete’s unique physiology and fitness level.

Two key variables dictate how lactate levels vary within a given individual. These are:

This dictates the maximal rate at which oxygen can be supplied to the working muscles, and thus the point at which lactate production exceeds the body’s capacity to clear lactate (i.e. LT2).

This is the maximal rate at which energy can be produced though glycolysis. It’s thought that a higher maximal glycolytic rate often correlates with a greater the tendency to produce energy via glycolysis across the spectrum of intensities (although this isn’t always true at an individual level). Thus, for two individuals with the same VO2max, lactate production rates will typically be higher in the individual with the higher maximal glycolytic rate, typically (but not always) leading to a lower LT1 and LT2 power in this individual.

VLaMax values typically range from 0.2mmol/L/sec to 1.0mmol/L/sec. For most endurance sports, it’s been suggested that you’d want this to ideally sit somewhere between 0.3mmol/L/sec and 0.5mmol/L/sec (the lower end for more steady-state disciplines, and the higher end for more punchy disciplines).

However, VLaMax can be hard to measure with precision and reliability because it requires the athlete to produce a maximal sprint, depends upon discrete measures of blood lactate concentrations (meaning the true maximum lactate level can be missed) and is very sensitive to factors such as nutrition and fatigue.

As the lactate sample is also taken usually at the finger or earlobe, which is relatively distant from the site of production (i.e. leg muscles), any resulting measures will also be influenced by factors such as lactate transport/shuttling ability, and total blood volume.

Thus, any measure of VLamax will only ever be approximate. Additionally, the ‘optimum’ VLaMax will depend on the athlete’s aerobic capacity, with a high VO2max allowing a higher VLaMax to be tolerated while still maintaining a good endurance and threshold power. Thus in practice, we don’t think these precise VLaMax targets are overly useful. We prefer to test VLaMax just to get a broad picture of whether this appears to be generally high, medium or low.
For further reading follow the rest of the great article on Blood lactate testing here

Book in now for a Blood Lactate Test with us here and ensure you have accuracy in your training zones and a better understanding of your own individual physiology.